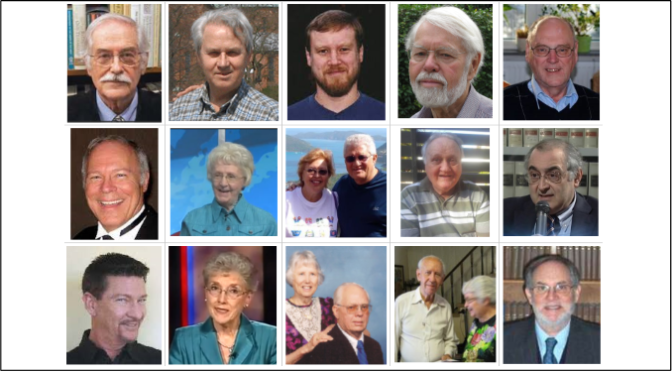 Click on any of the names below to link to their stories:

We are happy to have received several submissions from persons who have had a lot of experience related to their research about Watch Tower doctrines, including the 1914 teaching.  In some cases these are experiences about their own reaction to their discoveries including the reaction of others when they questioned the doctrines. Where noted, we  have also accepted articles from persons who have written tributes for persons they knew personally, who are either deceased, or who are currently undergoing health issues and could not participate themselves.